Death of an Architect 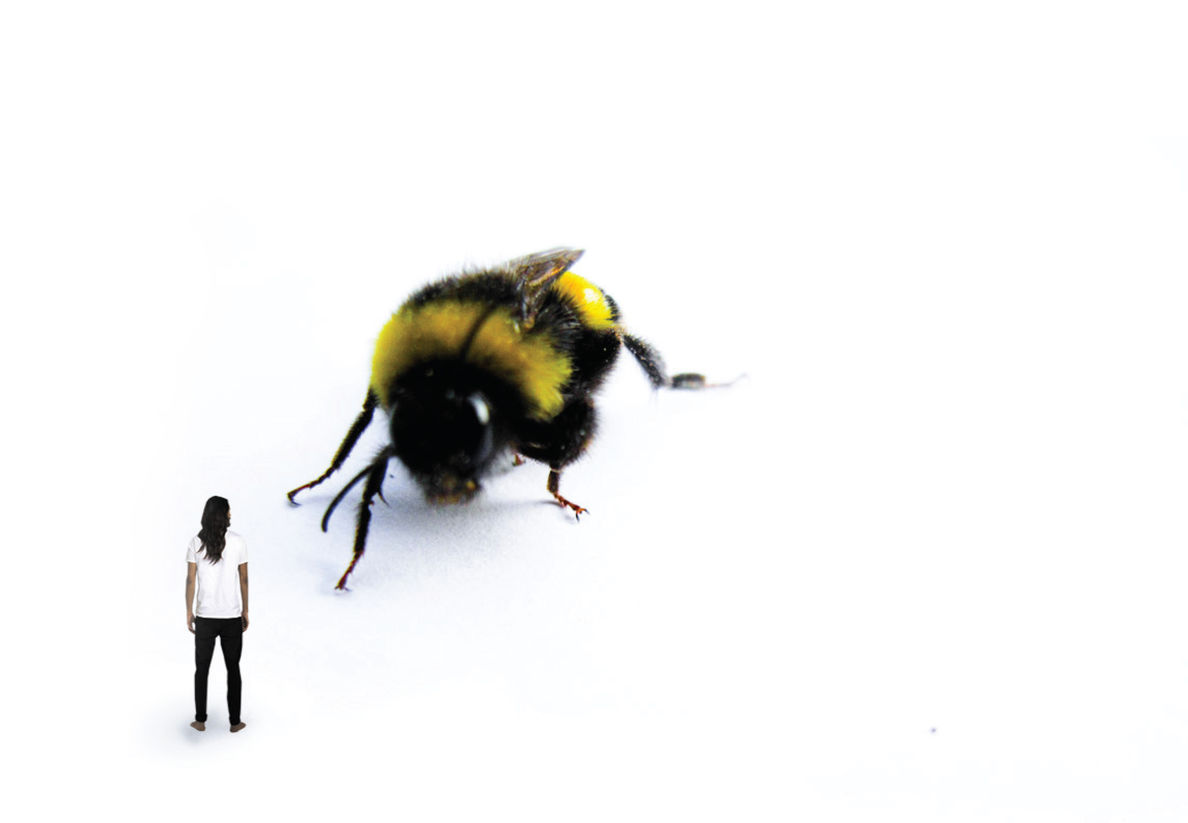 Devolution, De-evolution, or Backward Evolution is the notion that a species can change into a more primitive form

People allergic or hypersensitive to bee or wasp stings suffer from Anaphylaxis. Anaphylaxis is deﬁned as a serious allergic reaction that is rapid in onset and may cause death. It typically results in several symptoms including an itchy rash, throat swelling, and low blood pressure.

It takes me one look to diagnose the deceased with anaphylactic shock. [Death scene description: Generous open-space loft apartment, dark interior, raw textures of wood, brick and stone]. The departed is lying on the floor of the bedroom section and has been dead for some time [Victim description: Male, naked, identified as the tenant. Position: Prone. Rigor Mortis: Advanced]. But on this particular corpse, the cause of death is the least of my worries.

Keen was his name and pleasing his game. An ordinary man from a common family, his deeds mediocre at best. The genes of his average-Joe-dad and plain-Jane-mum worked well together, and Keen’s good looks and charm got him far.
One day, a group of well-endowed Benefactors came upon him. They offered to pave his road to success in exchange for being entertained. Flattered and in his eagerness for attention Keen made the Faustian bargain.
But the Benefactors, who had picked him despite his mediocrity, soon seemed displeased with his performance. Keen was lost, until he started a secret liaison with the intriguing Genia.

Bumblebees, also known as Bombus Lapidarius, are large, hairy social insects with a lazy buzz and clumsy, bumbling ﬂight. Along with ladybirds and butterﬂies bumblebees are perhaps the only insects that almost everyone likes. Queen and worker bumblebees can sting but are reluctant to do so. Unlike other bees the bumblebees have smooth stingers that don’t get stuck. This enables them to sting more than once. The bumblebee species have a gentle temperament and will ignore other animals and humans unless disturbed.

The departed is located under a large-scale portrait of himself. [Medium: black-white photography. Scene: Heroic nudity]. The body on the floor is also naked with redness and swelling between the shoulder blades [Clue: Puncture wound from an insect, toxic venom]. Judging by the location of the tiny hole of the sting mark, the victim has been unable to reach the spot. He may even have been unaware of the fatal bite [Accidental Death].

Genia was an angel. The closer you got to her, the closer he got to the Gods. Keen knew that he could proﬁt from her energy. Well aware, that her ﬂawlessness could draw the Benefactors’ attention away from him, he became determined to keep them apart. His addiction to their attention far exceeded his fascination for Genia.
Finally, the acknowledgement of the Benefactors seemed within reach. Genia, merely a means, made him feel Salierian and inadequate. He studied her closely to acquire her skills, waiting for the day that she would supersede herself.
They say that prodigies are rare, but maybe they simply stay undiscovered. The Benefactors never found Genia, who confused Keen's attentiveness for affection and contributed to his rise.

Viola tricolour, also known as Heartsease, is a common European wild ﬂower. The ﬂowers can be purple, blue, yellow or white. They are hermaphrodite and self-fertile pollinated by bees. Charles Darwin wrote of bumblebees and their interactions with other species: ‘Plants and animals most remote in the scale of nature are bound together by a web of complex relations. I have reason to believe that bumblebees are indispensable to the fertilization of Viola tricolor, for other bees do not visit this ﬂower’.

The lethal bumble bee has been carried to the scene in a bunch of flowers [Type: Heartsease. Color: Blue]. Marks on the back show indication, that the victim has been slapped with the flowers, now scattered on the floor [Possible motive: Jealousy]. The strike itself has caused no harm, but it appears that the abrupt motion has caused the bee to attack [Note: Limited evidence]. Since no crime has been committed, a homicide investigation can be aborted. Case closed.

In the climax of his career, Keen was reported missing. When found naked and dead in his apartment a post-mortal examination was performed.
Genetic material on the body showed skin microbial signatures left behind by multiple individuals. However, the possibility of a crime was quickly ruled out, as an in-depth analysis pointed to a rare but natural cause of death: Anaphylaxis after sting of a bumblebee. Keen was some body, not a crime victim.
On an unannounced visit, Genia had unintentionally brought the bee. The unfortunate incident would have been quite uninteresting had it not been for the discovery of a strange physical defect calling for an independent examination.

Sex change is a term often used for sex change in humans, usually referring to genital surgery only. Several medical conditions can result in a natural sex change in humans, where the appearance at birth is of one sex, but changes over the course of a lifetime to being of the other sex. The overwhelming majority of natural sex changes are from a female appearance at birth to a male appearance after puberty. A relative handful of males to female changes have been reported, but the nature of these are not well understood.

My latex-gloved hands turn over the body. The face seems strangely familiar, but I know I am being tricked by his generic looks. Then time stops. Situated between his legs, is a strange bud, similar in character to the indefinable genitals of an undeveloped fetus. It doesn’t match the average-hung man in the portrait above us. [Note: No scars or lesions]. In all my years as a forensic scientist, I’ve never seen anything like this. Case reopening.

The transformation of Keen proved to be an unprecedented case, and no one could crack the medical mystery. He had been self-imposed celibate for a while, refusing to be intimate with Genia. She was furious from hurt, when she found him intimate with the Benefactors. No one ever saw Genia again. She seemed to have dissolved and evaporated.
The Benefactors confirmed their long-standing relation to Keen. They’d never heard of Genia, and they hadn't noticed the physical change on Keen. The latter pointed to the fact that his transformation had happened gradually over time.

Diagnosis is the identification of the nature and cause of anything. Diagnosis is used in many different disciplines with variations in the use of logics, analytics, and experience to determine the cause and effect of relationships.

Postponement has become my regular companion. Procrastination provides me a fertile incubation period in which all the little ideas and facts are translated into a bigger picture. And as my deadline draws near, a clear picture dawns. Without hesitation I quickly put forward my theory about the schizophrenic bodily disturbance caused by an excessive desire to please. Two words sum up the bizarre phenomenon and concludes my research: Natural Self-castration.

It is very often the memory of those with short and glorious careers that live forever. But in the years to come, the only thing associated with Keen’s name was, unfortunately, the strange emasculation.